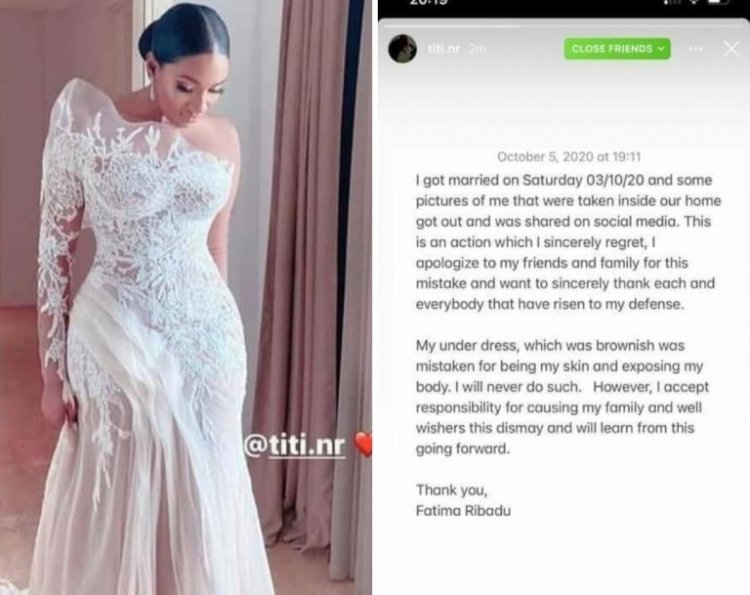 The daughter of former EFCC chairman Malam Nuhu Ribado reacts to photos of her wedding day that sparked controversy.

Fatima, who is married to the son of former vice president Alhaji Atiku Abubakar, Aliyu Atiku Abubakar (Turakin Adamawa), has expressed regret over the photos, despite the fact that pictures of her body were taken from their home and spread around the world.

She promises that this will serve as a lesson to her to correct her mistakes in the future.

Finally she thanked her friends and relatives as well as those who wished her well.

How would you feel as a parent if you gave birth of trigender?