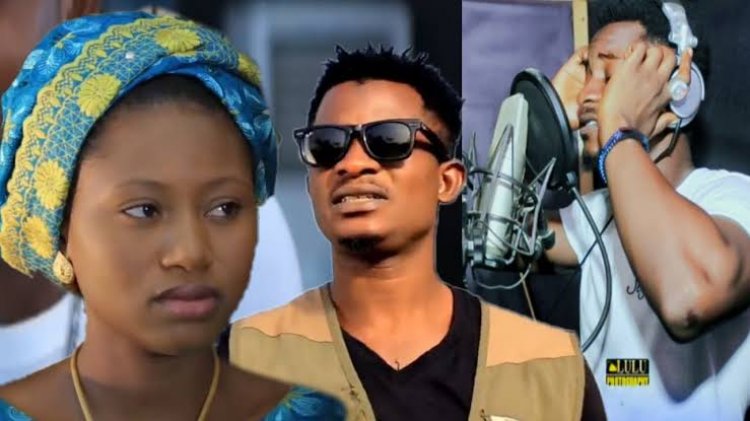 Ever since the video of the women's dance competition became a global phenomenon in northern Nigeria during prayers, people have turned their attention to the song that led to their participation.

The song is titled 'Jarumar Mata' sung by Hamisu Breaker Dorayi. Although the singer said he performed the song at the end of 2019, and released it in early 2020, it can be said that thousands of people did not know it until the week of the mini-prayer, after some married women did while performing her role.

In a live video interview with BBC Hausa with Hamisu Breaker on her Instagram page, the young singer said the competition by women has added a lot of popularity to his song.

He said: "The song was very popular when it came out but I thought it was a little bit different, I just heard it was going around the world again." "The reason I sing is a heroine. I look at people. When I sing, I look at people's behavior.

For example, someone is deep in love with others and they don't. "And I found out I hadn't sung to lovers for two days, so I said let me tell them.I 'm not being honest with my girlfriend.

"When I sing I don't just think of boys and girls, I start with a very old man, so young people so that everyone can feel something about him. Hamisu said he stood firm and chose the words he used in the song. for example, the first verse that says I really love Jaruma is not my heart.

You see, this means that this love will not cease until the day it dies, since it is not a change of heart.

I feel very comfortable So how did Breaker feel after the song re-emerged recently? "I never thought the song would inspire married women to compete for it. I did it for my fans and hopefully she will be famous, and then she did the kind of happiness I never expected, '' he said.

He continued: When I saw women start the competition I was so excited, I said I was one of the people who was contributing to the marriage reform. I never thought I would see that.

That day I thought I had posted a video of the women on my blog, but then I thought it was inappropriate. But I felt good and wished them well.

Breaker said he did not know the number of people who called him on the phone to let him know that he had seen his music rise in the middle of this prayer festival.

The BBC asked him for his opinion on the role of married women in a video posted on social media.